“Now that was enjoyable.” Phoibe Santoro said to Rita Pretniss once they were outside the theater. The night was a tad cold, but Rita welcomed the breath of fresh air. She had felt terrible that morning, she had been throwing up since she woke up  and she was afraid she had caught some bug and would have to cancel this outing with her best friend but thankfully she felt better so in the end she could join Phoibe and see the symphony with her. 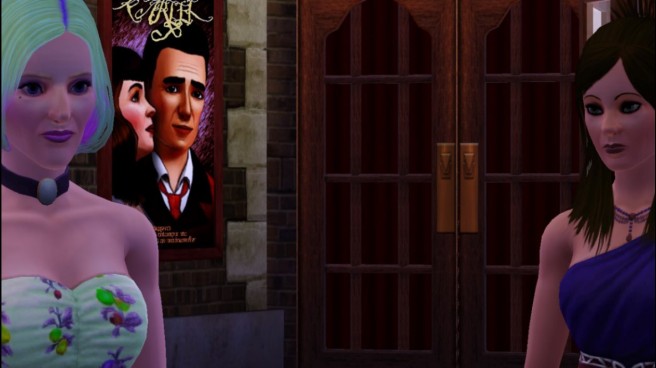 Rita bought the tickets days ago, it wasn’t that often that the symphony performed in their little town and she knew Phoibe was a big fan of classical music so it was a perfect opportunity for the two of them to spend some time together. Seeing her friend happy for the first time in months made the evening even better.

“Let’s go out for drinks!” Phoibe exclaimed happily. “I’m having such a great night, it would be a shame for it to end now!” Rita smiled. She wasn’t exactly up for drinking, she was afraid her stomach would start troubling her again but she couldn’t say no to Phoibe so she agreed. Phoibe chatted away about the music and the performers as they walked to the nearby Fusion Lounge. Rita smiled at her trying not to think of the Phoibe she had been hanging out for the past few months.

It was the death of Rita’s father that did that to Phoibe. Rita hadn’t even known they were dating, Phoibe was old enough to be his daughter, and her father was never one for serious relationships but it turned out the fling meant a lot for Phoibe. She was inconsolable, Rita had to drop by her house a few times a week to make sure she was eating, sleeping and getting out of bed at all. But the worst of all was when Phoibe asked her how could she be so cold, when it is her father that is dead. This almost made Rita leave and never come back.

Jesse Hoves was her biological father, he was the one that gave her life, but he was never her father in any sense that mattered. Rita thought of all people Phoibe should understand, having grown up without a dad herself. And it is not like his death didn’t affect Rita… She mourned him in her own way, she went to his funeral, visited his family… She consoled her daughters, turned out he had been reaching out to them, and tried at least to be a part of their lives. But for some people like Phoibe, that just wasn’t enough, everything had to be followed by dramatic gestures and emotional displays and Rita was just not that kind of person. And in any case she was glad they were not talking about Jesse tonight. 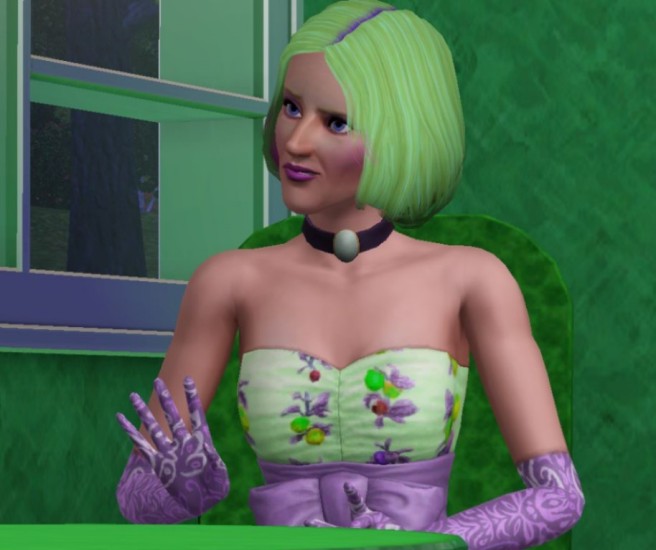 “Don’t flip out Rita.” Phoibe said with a smile as she brought them their drinks, Rita order only a soda, hoping it wouldn’t end up been thrown up with the rest of their dinner.”But… I’m seeing someone new.”

“Really?” Rita asked with a smile taking a sip of her drink.”Is it serious?” Phoibe shrugged.

“Maybe… It’s hard to tell.” She inhaled deeply before continuing to blurt everything out, Phoibe style. “I’ve been playing the chess tournament… You know, the neighborhood one…” Rita nodded. Tommy, her husband, had been participating as well. He had recently won the match against his older sister Alyssa. “Well a while ago…” Phoibe continued but then stopped. “I got set up to play with Mortimer.” Rita was rendered speechless… Mortimer Goth? Her ex boyfriend? She really wished this story wasn’t going where she thought it was going… “Well, we talk on the phone, he agrees to come over so we can play the match… I win… And the next thing I know we are taking a dip in my pool… Without clothes.” She quickly took her drink in her hand as she thought Rita might take it and fling it in her face. 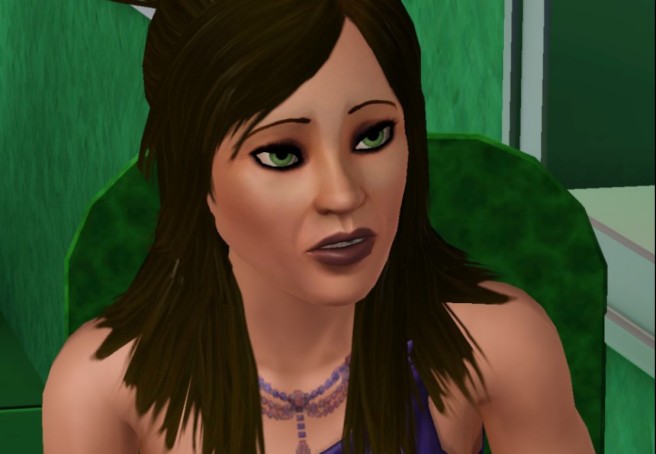 Rita just observed her without a word. There was a lot she wanted to say, she could say… All of it would boil down to one thing: Phoibe had once again made a terrible decision. But Rita didn’t say it. Against all her instincts she smiled and said. “I’m happy you are happy.” What good would it do anyway?  She thought, Phoibe would never listen to anything she had to say… Oh but he had changed… I really like him… I need this Rita… Rita knew where the conversation would go, she knew her friend would most likely end up hurt again, regardless of what she had to say.. Phoibe looked surprised, Rita could tell this wasn’t what she expected to hear.

“Are you sure you are okay with this?” She asked quietly. Rita smiled again.

“You know I’m married right? You work with my husband.” She replied teasingly. Phoibe frowned.

“Years ago.” Rita cut her off. “Decades even. I made a mistake, I hope you won’t.” Phoibe kept frowning.

“Like you said, it was years ago. We are all different people.” Phoibe started and Rita just nodded. “I mean… I’m getting older, we both are, we are well into adulthood… And I want something… Something meaningful… A husband, kids…A family like yours.” Phoibe said. “You know me and Jesse… That was serious… We were… We were talking about kids…” She ended up with tears in her eyes. This is so Phoibe… Rita thought. Thinking about kids with a man whose kid she could be… But once again she said nothing. She patted her friend’s hand gently.

“And I really hope you have all that. With the right man.” She said, and she meant it, she wanted the best for Phoibe, and she hopped she would have the sense to find it. 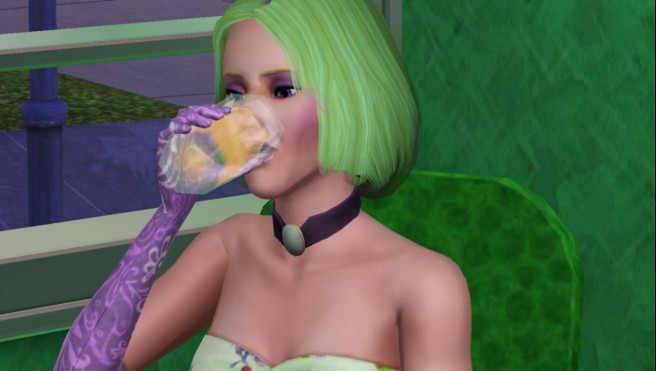 “Enough about my messy love life.” Phoibe said wiping away her tears. “Tell me about your family. What it’s like having a house full of hormonal teenage girls?” Phoibe asked with a smile and Rita laughed.

“I don’t know where to start… They are fine, they keep busy… Oh, Maja got home in a police car the other night…”

“Really, Maja? I thought she was the good one!” Phoibe said with a surprise.

“Well she is… They are all good.. But they are teenage girls…” Now it was Phoibe’s turn to laugh.

“Oh yes. That is true… Remember what we were like back then…”

“So what did she do?” Phoibe asked.

“She snuck out, to a dance club, no less, had a few drinks probably… The works. I was so mad, I couldn’t even talk to her, I sent Tomas to deal with it.”

“In a dance club? We did out underage drinking in a park!” Phoibe added and they both laughed.

“I expect my daughters to do better.” Rita replied. “Well, we grounded her, forbade her to go to an exchange in France… I hope that would teach her a lesson.”

“Harsh.” Phoibe replied. “You are really making an example for the others…”

“Well yes, that was the point. You know what girls are like when they smell weakness…”

“Too well.” Phoibe confirmed. “So did it work? Are the other behaving?” 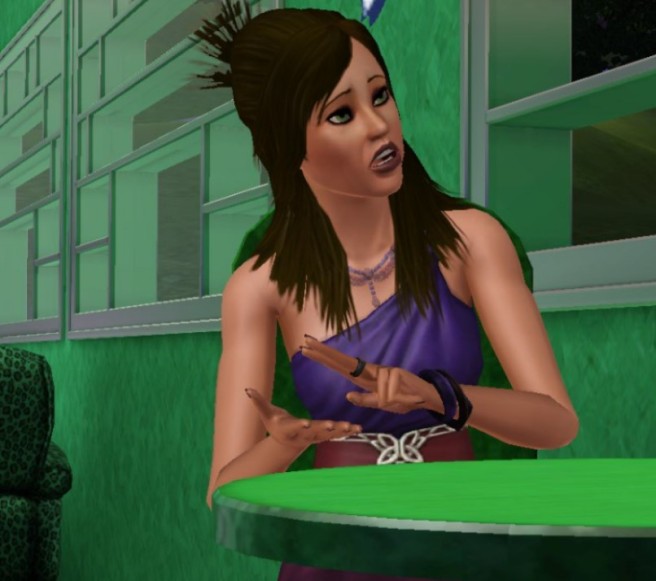 “Oh yes, Lena is very busy, she applied for some internship program for teens or something, at the Towers, she and Della both actually…  And she leads a writing workshop on weekends, Shirley’s girl Melissa is in it…” Phoibe’s face darkened on the mention of their third friend so Rita continued quickly. “Della also has her  study club… She is like Tommy the most, smart and quiet.”

Phoibe smiled. “That sounds like you as well, not just Tomas.” Rita replied with a polite smile and continued.

“But it’s Nan that worries me the most…. She had been acting weird for days, her boyfriend is out of town so I thought that is bothering her  but I’m not sure anymore… Something is up.”

“You think she is up to no good?” Phoibe asked with a laugh taking a sip of her drink. 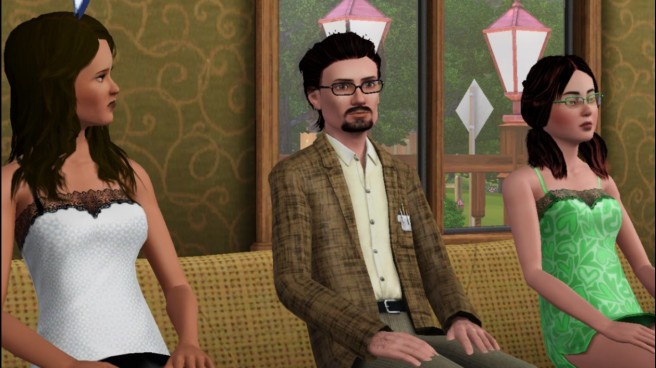 “No…Maybe.” Rita replied thoughtfully. “But she is covering her tracks, she got a job the other day, part time work in the bookstore, she doesn’t go out as much, she spends her days watching horror movies with me and Tommy… But she did ask to throw a slumber party, tonight.” She laughed before continuing. “I’m a horrible person… I left Tommy at home to deal with that while I’m out enjoying myself with you.” Phoibe laughed with her.

“Maybe you are, a bit.” She said. “But you deserve a break… Speaking of that what about you and Tomas? Do you ever get some alone time?” Rita smiled.

“Oh yes, we hide in the old nursery… The girls never look for us there.” Rita said with a smile thinking about one particularity enjoyable afternoon spent there, a month ago… And then she suddenly froze. 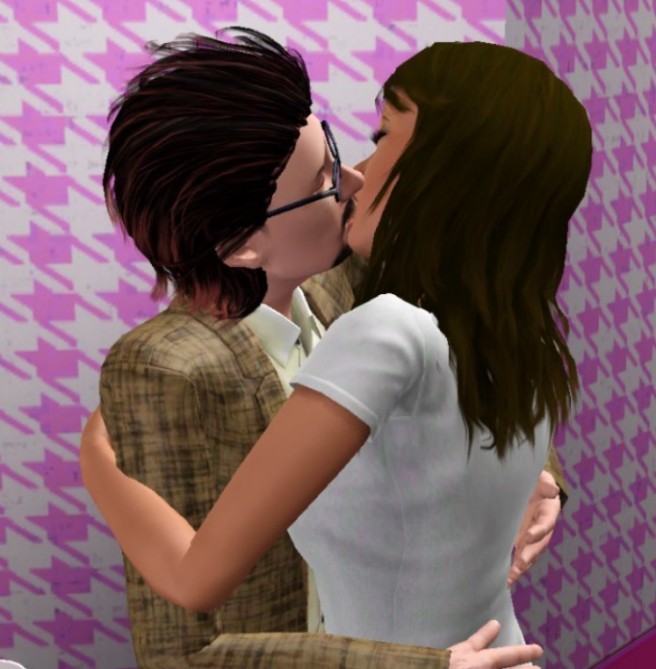 “Is everything okay?” Phoibe asked, concern visible on her face.

“Yes.” Rita replied doing her best to smile. “I have been a little sick today, I was afraid it’s coming back, but I’m just fine. Enough about my life, tell me more about you, how is work going?”

She spent the rest of the night listening to Phoibe with as much concentration she could muster. When they parted however she just stood on the street waiting for Phoibe to leave. She didn’t want her best friend to know she wasn’t going home. Instead she turned around and went straight to the store, her heart beating like crazy. As she entered she was glad to find it empty, as she expected. The only person present was her friend Holly’s young daughter, who was almost asleep, leaning on the counter. Rita walked to her nervously and asked for what she wanted. 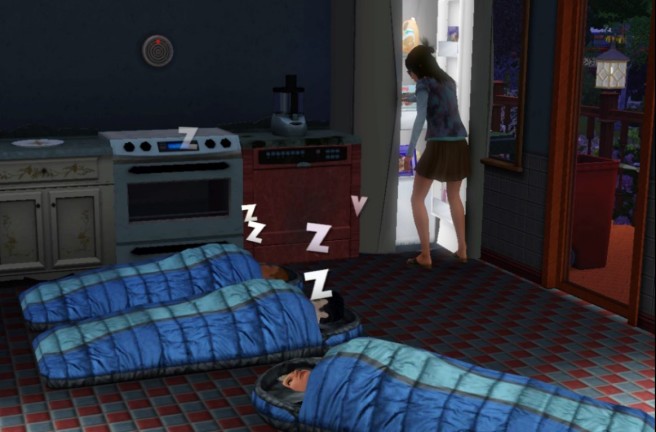 She payed for the item and walked home in distress. When she got back home she had to carefully thread between sleeping bags scattered all around their living room, and the kitchen, it seemed the town’s entire teenage population was in their house tonight. Sighing she pulled some juice from the fridge. Could I be pregnant again? She wondered still calculating in her head.

/*The day before yesterday was my blogging anniversary, it’s hard to believe I’m writing this for a year already but at least it was a fun year. The best thing was discovering all your wonderful blogs and stories that really entertain and inspire me. Thank you all for reading, liking, commenting and following my blog! */ 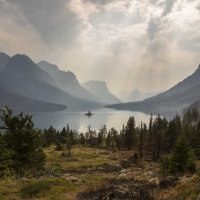 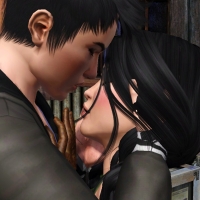 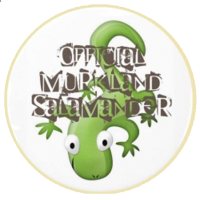 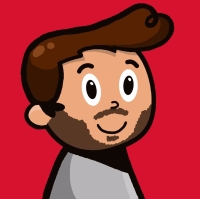 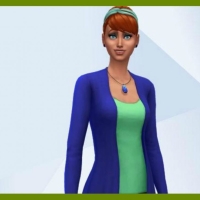 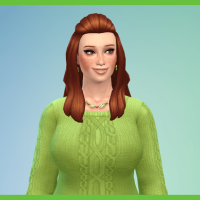